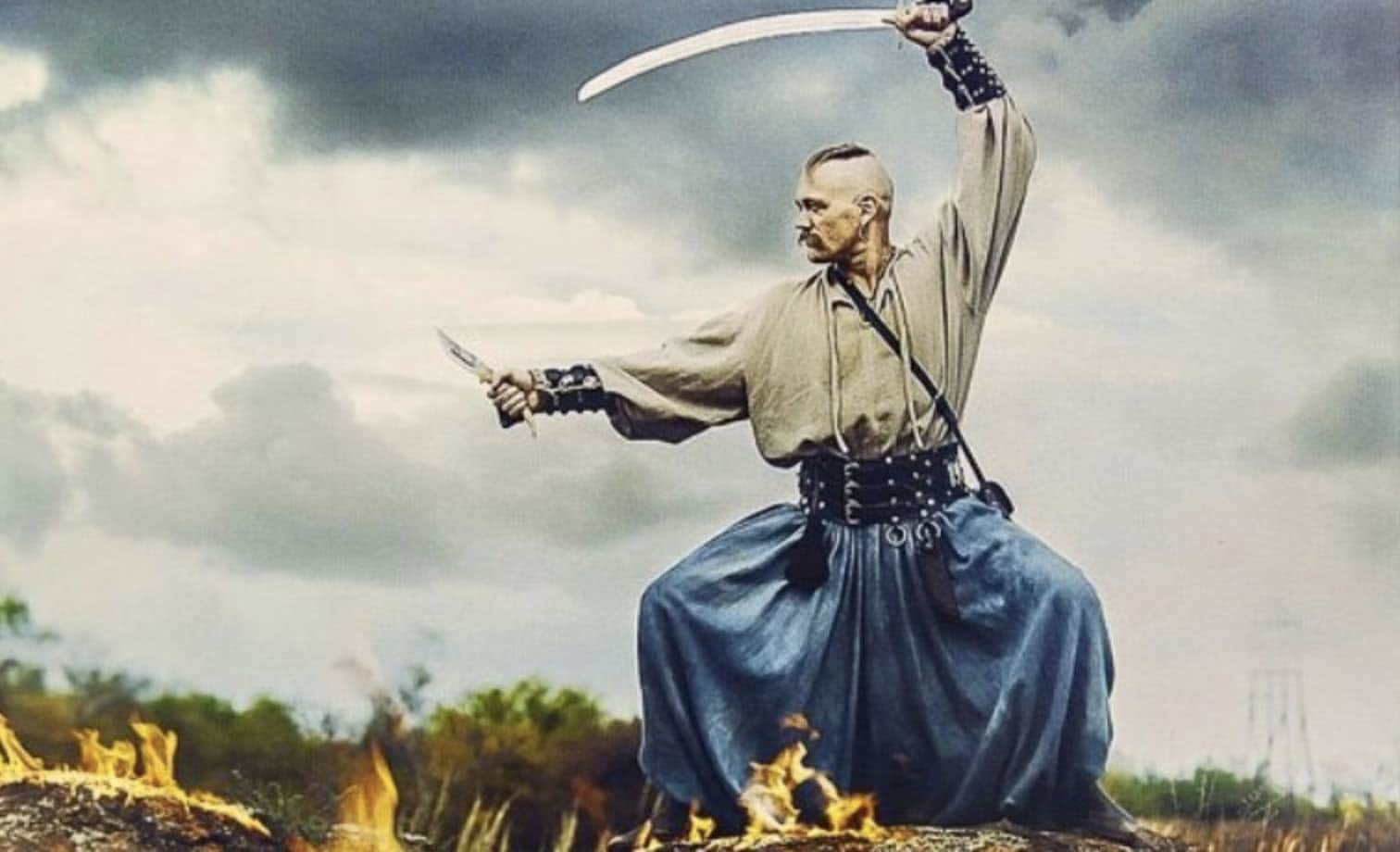 For the third year in a row on October 14th, we celebrate the Day of the Defender of Ukraine, honoring famous warriors who bravely defended the borders of our state. This tradition is rather young, but it has a much deeper background and a long history so we decided to make a small excursion into the mysterious past of the Ukrainian military affairs.

On October 14th, the whole Eastern Orthodox Christian world celebrates POKROVY (Feast of the Holy Protectress) – a day of gratitude to the Blessed Virgin Mary, who, according to legend, took Constantinopol under her protection and saved it from hostile invasions in the distant 10th century.

Coincidentally, the Day of Ukrainian Cossack movement falls on the same date. Actually, it is not a coincidence at all. The fact is that from ancient times the Mother of God was chosen to be the protectress of Cossacks and all Ukrainian armed formations – because they, just as she did, protected our peace. The Great Cossacks Council where they chose their next Hetman and decided plans for the future was also held on the Feast of the Holy Protectress.

In Ukraine, everyone knows the history of the Cossacks – these mighty glorious warriors. They are depicted on money, postage stamps, appear as characters in films, books and works of art. Even the anthem of our state wouldn’t be the anthem without mentioning our Cossack heritage. Cossack in the mind of an ordinary Ukrainian is a brave and respected warrior, defender of the Fatherland, defender of the faith, customs and dignity. People of Ukraine were proud of their Cossacks, neighboring countries respected and cooperated with them, and their enemies feared them. There were many legends about the Cossacks and their extraordinary power

Were they really just legends though? …

There was a mysterious, legendary phenomenon among the Cossacks of Zaporizhzhya– kharakternytstvo. Kharakternyky were soldiers who possessed supernatural abilities, were strong sorcerers, able to stop severe bleeding, catch bullets with bare hands, walk on fire, spend hours under water, see the future, manage the weather and cause panic and terrors among enemies.

One of such mages was Ivan Sirko, whose name is signed under the famous letter to Turkish sultan Muhammad IV and who was said to help his brothers in battles against Osman Empire and the Tatars even after his death.

There are many recorded eyewitness accounts from people who met these mages in battles and remained forever impressed by the power and supernatural abilities of the Cossack army.

Kharakternyky skillfully mastered the Kozatsky Spas (rules of the art of the Cossack combat and the Cossack way of life), especially its most powerful component – psycho-energy techniques. With the help of those techniques they were able to bring the so-called “gloom” (a type of hypnosis) upon their enemies. There have been cases when after experiencing this Cossack “gloom”, a hostile army could either kill its own soldiers, or pass by the Cossack group without noticing it, or stop in front of a natural obstacle (river or mountain), which was not really there.

Kharakternyky in the Zaporozhian Sich also served as spiritual mentors and healers, treated wounded comrades, engaged in their psychological and physical training.

According to legends, kharacternyky were trained from childhood by already known to us mol’fars. They apprenticed the most promising boys and worked on developing their supernatural abilities by passing their own knowledge and skills to them, among them: healing with herbs, mastering martial arts, and using the forces of nature for the benefit of their people and the earth.

It is no coincidence that the ability to find vitality in nature, to use its resources as a source of energy, health and longevity was valued the most in the mol’far tradition – the art that was carried through generations of Slavic mages.

In place of the Cossacks came soldiers of our time – the Armed Forces of Ukraine and it is not surprising that it has been decided to honor today’s heroes on the same auspicious date.

In remembrance of our glorious ancestors and devoted warriors, we are pleased to congratulate you on this important state holiday – the Day of the Ukrainian Cossacks and the Day of the Defender of Ukraine!

May you and your family always feel safe on our land under the protection of our soldiers. We  bow low to our defenders – the former, the present and the future!